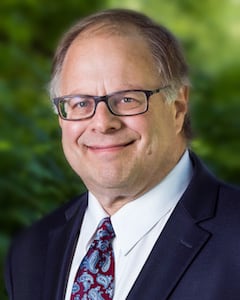 Leonard L. Lucchi is a registered lobbyist who represents business owners, trade groups, and local governments before the Maryland General Assembly and the United States Congress. Mr. Lucchi’s scope of representation includes lobbying, tracking pending or proposed legislative activities and analyzing the effects of those pieces of legislation on client matters, drafting legislation, organizing and mobilizing coalitions in support or opposition to pending or proposed legislation, effectively utilizing media outlets to support client initiatives, and testifying on behalf of clients before various legislative committees.

During his thirty years as a legislative advocate, Mr. Lucchi has helped to shape legislation on behalf of his business and corporate clients that creates or enhances the marketplace for their goods and services. For example, Mr. Lucchi persuaded the Maryland General Assembly to pass a law requiring the installation of carbon-monoxide detectors in new residential construction. The passage of this bill created a new market for his client, a major manufacturer of carbon monoxide detectors. In addition to his representation of business owners, Mr. Lucchi has represented trade groups such as solar power manufacturers, mobile home park owners, and food delivery franchisees and has helped to guide them through the legislative process.

Mr. Lucchi has also proven himself to be an accomplished advocate for County and City governments. As a former Director of Legislative Affairs for the Prince George’s County Government, Mr. Lucchi is experienced in planning, managing, and implementing a legislative agenda with elected and appointed officials. In that position, Mr. Lucchi represented various County departments and agencies in order to advance their legislative goals. Mr. Lucchi is also the former County Attorney for Prince George’s County, and he utilizes his hands-on local government experience to advise and implement resourceful legislative plans for his clients. Additionally, he served as the County’s Chief Labor Negotiator.

Mr. Lucchi enjoys giving back to his community by serving on the Board of Community Youth Advance and the L.E.A.R.N. Foundation.